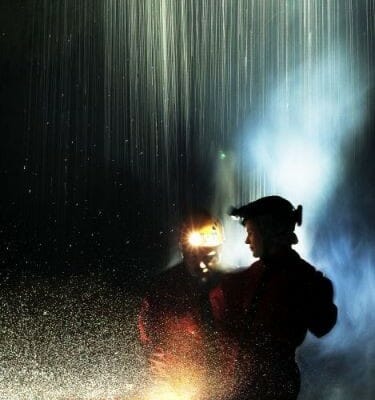 The vernissage of the 17th year of Speleofotografia 2014 Contest, November, 21, in the Slovak Museum of Nature Protection and Speleology (Liptovský Mikuláš) brought great results! The Jury evaluated 550 photographs of 81 authors from 20 countries of all over the world, awarded the Grand Prize of Speleofotografia Contest and proclaimed as the best following pictures in two categories:

Grand Prize of contest was given to Cosmin Nistor for Photo No. 13

The picture of Taufik Akbar: Tiger Boat (Indonesia) have been awarded as the best liked picture of E-voting. There was additional prize given by Museum Director, to the picture of Lukáš Kubičina from Slovakia.

Museum Director also thanked Ms. Amalia Yunus, Third Secretary of Indonesian Embassy, who took the prize on behalf of Indonesian winner and surprised the contest participants by cultural programme. Chairman of Jury, Pavol Kočiš, claryfied the process of evaluation and opened the exhibition, which consists of Top 100 pictures including awarded ones. Tens of visitors  came to see them personally. There were many cavers and speleophotographs from Slovakia and Poland among them.

All authors of exhibited pictures have been provided with Contest Catalogue and the winners recieved valuable prizes. If You have a question, where did they go after the vernissage? Answer is – to the caves, of course!

Congratulations to the Winners!

on behalf of the Organizing Committee Lukáš Vlček