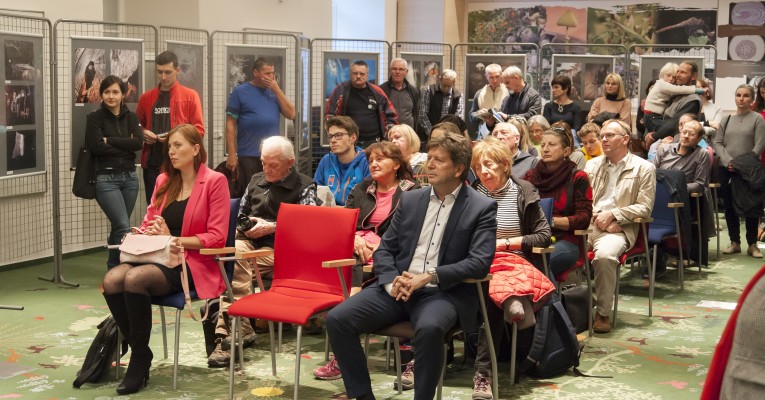 The vernissage of the 19th year of Speleofotografia Contest, November, 16, in the historical building of the Slovak Museum of Nature Protection and Speleology (Liptovský Mikuláš) brought great results!

The Jury evaluated amost 300 photographs of 54 authors from 13 countries of the Europe, Asia and America, awarded the Grand Prize of Speleofotografia Contest and proclaimed as the best following pictures in two categories.

The 1st Prize: Alessio Romeo (I)– Inside the Heart of Ice Cape

1.miesto: Inside the Heart of Ice Cape – Alessio Romeo (Taliansko)

The 2nd Prize: Alessio Romeo (I) – Micro-biologist at Work

The pictures of Mark Burkey (GB)  – Marble Shower and Maciej Fryń (PL) – Đalovića Pećina have been awarded as the best liked pictures of E-voting.

Chairman of Jury, Pavol Kočiš, claryfied the process of evaluation and opened the exhibition, which consists of Top 100 pictures including awarded ones. Tens of visitors came to see them personally. There were many cavers and speleophotographers from Slovakia, Czech Republic and Poland among them.

All authors of exhibited pictures have been provided with Contest Catalogue and the winners recieved prizes.

Congratulations to the Winners!

on behalf of the Organizing Committee Lukáš Vlček

You can see the Catalogue of Speleofotografia 2018 here: